The success of security operations centers will depend on how well they blend key technologies, including detection, user behavior analytics and orchestration, says Haiyan Song, senior vice president and general manager of security market at Splunk.

Some 90 percent of the tier 1 work that security teams do should could be automated, Song says in an interview with Information Security Media Group. If so, teams could then spend more than 50 percent of their time on tasks that require human reasoning and intuition. But that requires administrators to bring data together in a way that's clear and actionable.

"If you want to automate, you need one place," she says.

Previous
Analysis: The Significance of GDPR Fines
Next Put Those Cloud Security Objections to Rest 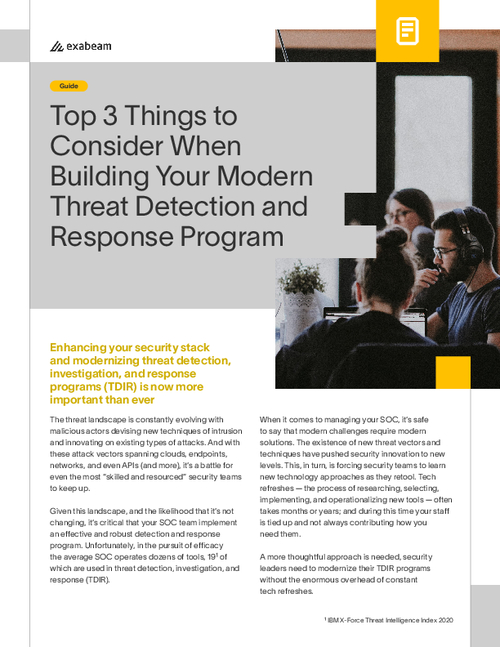 10 Questions to Ask About a Cloud SIEM

Forrester Insights: 5 Questions on the Future of SIEM and Cloud Answered

Achieving a Modern SOC with Managed Detection and Response

Automation for the Modern SOC: Strategies for Smarter Security Operations